Showing posts from May, 2008
Show all

What You Won't Do For Love and Bobby Caldwell 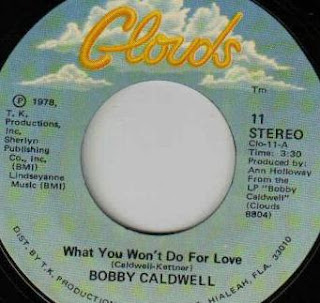 But what better 45 to showcase than Bobby Caldwell's "What You Won't Do For Love?"

Only I'm not going to show the 45 playing, but the video of Bobby singing this live at Jazz Alley recently.

I've seen him and his amazing band several times and I never tire of hearing him perform one of my most favorite songs of all time. . . and yours. . . I know it!!!

Before he sings, he always asks the audience to think back at where they were when they heard this song.

I also remember hearing it being played at a school dance, dj'd by a guy named Kip, who had the …
2 comments
Read more 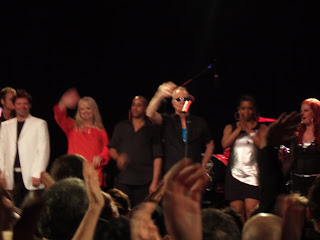 My friend and neighbor Guy, was so nice to invite me to go with him to see the B-52s at the Showbow Seattle May 6.
What a treat!! They were amazing!!
Here are my pictures and videos. I would have taped more songs, but I got busted by security. Perhaps I should have tried to get closer to the front.
Oh well.
Enjoy!

Give Me Back My Man 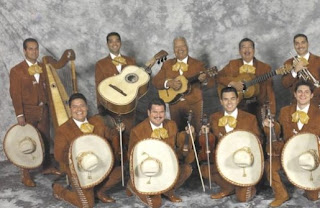 Growing up in a Latin American family, it is the tradition that you have a Mariachi Band perform at your wedding reception. If you don't know what a Mariachi Band is, you can go to wikipedia to find out.
My wedding was no exception. We had the Mariachis playing poolside at a Palm Springs area hotel where my reception took place. They played beautifully, from what I was told, since I felt like I was in Mars that day. So I don't remember too much from that day.

My wedding day, 1985 If you've ever seen the movie "Mi Familia" with Edward James Elmos, Jimmy Smit, Esai Morales and Jennifer Lopez, you will recognize the similarities of this photo... Father wearing a tux. . . mother wearing taffeta. Even my husband, when watching the movie's reception scene, says, "Wow, honey, look! It's your parents!!"

Recently, here in Washington, my sister, who had been visiting from California had wante…
4 comments
Read more

- May 12, 2008
"The Meters were an American funk band based in New Orleans, Louisiana. The Meters performed and recorded their music from the late 1960s until 1977. While the band never enjoyed huge popular success, they are considered one of the progenitors of funk.

Art Neville, the group's frontman, launched a solo career around the New Orleans area in the mid-1950s, while still in high school. The Meters formed in 1965, with a line-up that included keyboardist and vocalist Aaron Neville, guitarist Leo Nocentelli, bassist George Porter Jr. and drummer Joseph "Zigaboo" Modeliste later joined by percussionist/vocalist Cyril Neville. They became the house band for Allen Toussaint and his record label, Sansu Enterprises." wikipedia

This song has such a cool guitar riff. Man, 70's funk was so cool!

For us who love trivia, Allen Toussaint, who is also on here, you might know under the pseudonym, Naomi Neville. . . famous for writing "Fortune Teller," covered by The…
1 comment
Read more
More posts