Showing posts from May, 2014
Show all

Brent Bourgeois Perfects His Curve Ball With "Don't Look Back" 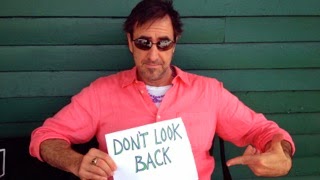 It's been more than 20 years since diehard fans have heard anything by singer songwriter Brent Bourgeois, known for his solo work and more notably for being half of 80s New Wave; Synthpop group; Bourgeois Tagg.  Leaving the group for various reasons, Brent moved to Nashville in the 90’s at the invitation of friend Charlie Peacock to produce Contemporary Christian Music. Brent Bourgeois seemed to have the golden touch working with the likes of some of CCM's greatest teen pop stars. In my opinion, he made these artists sound less CCM-ish and more like the true music artists that they were. But those diehard fans were always asking when Brent might put out another album.  Fans will have to wait no longer!  Brent . . . is. . . . back!!!  And like a fine wine that has aged well, Brent has a new album that is sure not to disappoint. ”Don't Look Back" is the title and releases June 2nd.  This week I interview Brent Bourgeois to talk about why h
Post a Comment
Read more
More posts