Sharing these photos, Miles' mother, Susan Porcaro Goings took to Facebook this evening to post a beautiful public tribute to her son saying, "My heart is broken. I am devastated. My Miles is gone. He's now in heaven with his Daddy."

No explanation was posted as to the cause of his death. Soon after the post, family and friends began to pour in, sharing their grief and condolences to Susan and her family.

Unfortunately, the Porcaro family has had their share of grief with the loss of Miles' father, Jeff Porcaro, who passed away at the age of 38 from a heart attack in 1992. Jeff was not only a respected studio musician within the recording industry, but was a founding member of the 1980's rock band Toto, which continues to write, record and tour.

Another sad loss within the Porcaro family was Jeff's younger brother and Mile's uncle; Mike Porcaro, who at 59 years of age, passed away in 2015 as result of Amyotrophic Lateral Sclerosis (ALS). Although, not a founding member of Toto, Mike was an integral part of the band, not only as a session bass / cello player, but touring member before falling ill to the disease that took his life. 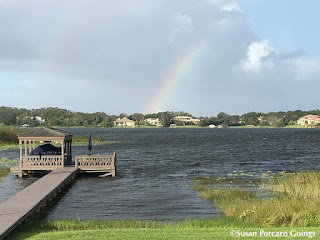 Continuing with her tribute, Miles' mother thanks her son for a rainbow that must have appeared when she heard the news of her son's passing and posted this photo of it, saying "I know it's from you."


As said earlier, a reason was not given as to the how or why he passed away. But it appears that from his mother's post, there may have been some kind of health issue; saying "I hope you are now at peace. And, I hope that one day I, and your brothers, and all of your family members and friends, who loved you so much, can find peace and understanding." 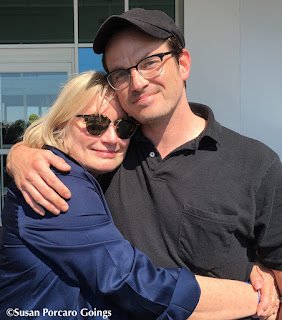 Susan ends her tribute with, "I am so incredibly sad. Truly heartbroken. I will love you forever and ever my dear, sweet son."

Our hearts go out to Susan, her children and extended family.

Unknown said…
My heartfelt condolences to you Susan and to all your family and friends. R.I.P Miles God be with you all.
October 10, 2017 at 9:28 PM

Anonymous said…
Your family has brought so much joy to millions around the world and they will continue to live on in our hearts
October 14, 2017 at 7:27 PM

Anonymous said…
My deepest condolences in this time of bereavement
October 17, 2017 at 6:52 AM

Unknown said…
Miles' passion and immense talent for so much that makes life beautiful is only surpassed by the warmth that lived within him. I've ever known someone with a greater depth of feeling.

Unknown said…
Rest in peace Miles. I can hope and pray you are with your father and uncle now. Jeff Porcaro is still my favorite drummer of all time. His timing and feel for the groove was impeccable and probably the reason he was chosen by all the best musicians of the 80s in the studio album after album.
December 24, 2017 at 1:48 PM

Michael J Schumann said…
My heart continues to grieve for this family, there's just been way too much tragedy.

Anonymous said…
Very sadly, Miles committed suicide by hanging. I did not know that he was sick. Premature death by sickness has certainly befallen that family, so terribly sad.
January 31, 2020 at 9:37 AM