Talking about one of my favorite tracks by this wonderful group.

I loved this song so much that as a teen I wore down the vinyl - which by the way, I still have this 45!
1977 and everybody was into disco! And the top Disco hit was Chic's "Dance, Dance, Dance (Yowsah, Yowsah, Yowsah)" 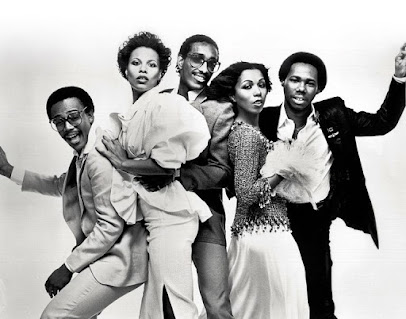 This song was so different than what I had heard on my AM radio station, that I had to have the 45!! After playing "Dance, Dance, Dance" over and over, I wanted more of Chic. I hadn't bought the LP yet but wanted to find out what was on the other side, hoping for something similar.  So one night I decided to flip that 45 over and was just floored by what I was hearing! This song definitely turned my 16-year-old world upside down! It was so fine  - it was so funky, I couldn't believe how great this song was! From the moment that I heard those ocean waves and then the gentle strum of Nile Rodgers' guitar and that funky bass, I was hooked.  The song is so sophisticated and silky smooth. Such a departure from what was being released back in the day and truly showed that Chic was so much more than Disco.  "São Paulo" could definitely stand proudly with other smooth jazz tunes by all the greats that have released them. 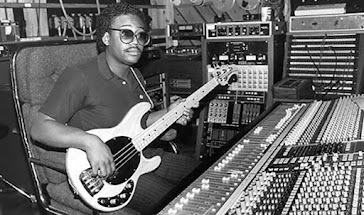 Several years ago, I had an opportunity to let Nile know how much I loved "São Paulo" and what it meant to me. It was such a pleasure for me that he took time to give me the background of this beautiful song. He told me that Bernard Edwards, his beloved friend and partner of Chic was inspired from a tour they had done in "São Paulo,  Brazil. Bernard fell in love with Brazil, the view of the oceans, Carnival and the people of São Paulo so much that he wrote this song to honor that trip.  You definitely get that feel at the blowing of the whistles that we are talking Carnival here.  He was so pleased to share this bit of information with me because it is also Niles favorite tune. Sadly, his dear friend passed away at the young age of 43 while they were in Japan in 1996. Bernard's final performance can be heard on the album "Live at the Budokan." Just in writing "My Pick," I think I've listened to "São Paulo" at least 30 times or more. I love everything about it, the piano, Niles' guitar, Bernard's funky bass lines, drums, percussion, the woodwinds, orchestra, percussion. WOW. . .like a fine wine, this song just gets better with age.
You'll just have to listen to it yourself.
Originally featured on Inside MusiCast as my Pick of The Day / October 29, 2014