Bryan Duncan: takin' his Stories on The Road 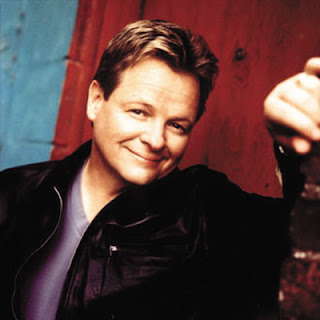 The name is synonymous with Contemporary Christian Music.

In my opinion, that has been a good AND bad thing because he's more than that.

Bryan is probably one of the most talented musicians in his field as a "blue-eyed soul" artist. In the mid 70's he was part of The Sweet Comfort Band and then broke out on his own in the mid-80's. His style of music runs deeps from pop to blues and everything in between.


He can pierce the deepest part of us with that beautiful voice of his.

The songs that this singer/songwriter was puttin' out encouraged so many of us. Who hasn't been touched by "Strollin On The Water" "Blue Skies" or "Love Takes Time?" It is said that the best music comes from those who have bled through the process. I would say that describes Bryan Duncan.

These great works of blue-eyed soul haven't come easily. There has definitely been a price. The main price. . .addiction.

But hey. . .we've all had hell to pay and have come out on the other side of it. Bryan is no exception. He has taken his recovery very seriously. . . 20+ years people!!!! CONGRATULATIONS!!

And with that, this Southern Cal native has found a way to keep himself accountable while encouraging others in the process with his show "Radio Rehab." This show "is BOMB!!!" Bryan drops the funk while sharing whatever is on his mind. As far as his message, he doesn't hold back!! Seems that has always been his forté! And THAT'S OKAY!! HA!!

On top of his radio program, Bryan continues to tour both as a solo artist and as an author. And if any of you follow him on Twitter then you'll recognize his tweets starting with "Spoke to God...He said"

I recently met Bryan here in Washington at of all places, a memorial for a very dear man and friend of Bryan's. Probably not the most ideal place to meet one you've admired for years. . . and for me that would be over 25 years.

He was gracious to accept an interview with Spin That 45 at a more appropriate time. hahaha! So here it is:


Spin That 45(ST45):
Bryan, it's good to talk with you again. Under much better circumstances.

Anyone who’s been a fan of Bryan Duncan, knows your roots from The Sweet Comfort Band to a solo artist to heading up the Neho-Soul band and back to solo work. Your name is synonymous with Blue-eyed Soul.

With that said, let's talk about what you’ve been doing recently.
You've been pretty busy!

BRYAN: Given the changes in the music industry I've been trying to establish just how to stay in it! Downloading and piracy have destroyed the ability to generate a living through product, frankly. I'm still recording new songs for my own project and working with my old band Sweet Comfort Band. I've also started writing books for fun.


ST45: Really? Can you tell us about those books?

BRYAN: Yes I've written two humor books that are published you can see them at my website www.bryanduncan.com or Amazon. "Hogwash" is sarcastic observations of motorcycle madness.." Dear God...Really?" is a collection of prayers you won't hear in church and my new book is "Spoke To God. He Said..." a five second devotional. Still working on the cover and volume two is already in the works.

I've been posting new recorded songs on my website for download and we hope to package a collection when they accumulate for a project called "Acoustify" unplugged soul music mostly.


ST45: I've heard the songs, they're great!! How did the book writing originate?

BRYAN: I was hoping to stay home and write lol, but something I've always received comments about in my concerts has been the offhanded afterthoughts between songs that have been a highlight at my concerts for years.. Just trying to put that humor in order. And I'm finding more productive ways of staying on task.


ST45: I can relate. I've often wanted to save thoughts said out loud from those I've seen live.

On your twitter, you often tweet "Spoke to God He said. . . " Tell me about that. When did that start and why?

BRYAN: The Spoke To God series has been my way of making my own awareness of Gods hand in my life more alive and less stuffy. Inspired by step 11of the 12 steps of recovery "seeking daily to improve my conscious contact with God"

I'm also writing a humor collection called " I follow Jesus because..." ie "there are too many Elvis Impersonators"

And another one called "new Rules For Old Men".

As you can see I'm an external processor! 8)

I can't stop thinking out loud!

You know, I've admired your voice all of my Christian life (20+ yrs) and in meeting you recently, I found you to be very real and very human, dealing with pains and issues like all the rest of us, including saying goodbye to a good friend.

Has that ever been difficult for you to meet a Christian who perhaps put you on a pedestal? Or had ideas of how a Christian in the limelight should behave?"


BRYAN: Well, thank you for your compliments. I haven't handled the expectations of others very well no matter what they were. I'm non conformist, and defiant to my own detriment most of the time.

Recovery work has helped me immensely in the last twenty one years! I'm finding the serenity to accept what I cannot change and change what I can! I had those lists mixed up! Left me pretty angry especially as a Christian.

I also stay aware of my human frailty through doing my radio show "Radio Rehab."


ST45: Yeah, I actually caught a few of the shows. They’re great!!! The message you are puttin out is so honest and real!! I totally dig your choices on music!! How has the response been on your show?


BRYAN: Radio Rehab has been aired in four countries. It was picked up by Armed Forces Radio Network. I received an American Flag from Al Asad Marine Base in Afghanistan with a hand written note of thanks from then Brigadier General Halifan,Commander in Chief of All Operations there. Tax Deductible Donations have been twice what we expected from listeners to the shows. Like I've always said 'recovery is for everyone eventually.'


ST45: That is wonderful. What an honor!! I don't compliment often, so believe me when I say, you are truly an inspiration.

So Bryan, before we close, would you mind answering a couple more questions?

BRYAN: OK, but I'm running out of answers 8)

ST45: Hahahaha!!
Tell us what you are working on right now? When can we expect to see this project completed?

BRYAN: I'm writing "Stories behind the songs" to drive interest at my Website and we're putting up all the "out of print" CDs from my past for download options. We will post a story behind the song once a week. . . starting next month. And we're already posting old projects as we can under "Basement Tapes"


ST45:Wow! A man after my own heart!! I love the "who what where why and how of music!"
I will definitely be watching for that!!!

For your long fans and new ones, tell us something we don’t know about you.

Bryan, thank you so much for taking time out of your busy schedule. And thank you for letting us into your world. I, for one have an immense respect for the road you have traveled. I love that you are a very serious guy who lightens up our souls with your music and makes us laugh with your quips and humor.


BRYAN: Thank you. May I stay healthy enough for you to hear more from me in the coming years. Seize the day by the throat!

ST45: Well I'm sure you've got many out there praying for you and that throat!
Blessings, take care!

Jessilyn Dumapias Carver said…
As a long time fan/attendee of all the Sweet comfort Band concerts, I enjoyed this review and excited to hear more music from Bryan. I can relate to the external processor I think a little too much...as Loretta would say. HA!
Well done!
October 21, 2011 at 11:31 AM

Charity Neighbour-Treick said…
Great review! I enjoyed finding out about the projects Bryan is working on right now and as always...his great sense of humor came through as well! Bryan is truly, truly one of the all time greats!!!! An incredible voice!!!!
We all love you Bryan!! Well done, Loretta!
November 8, 2011 at 2:27 PM