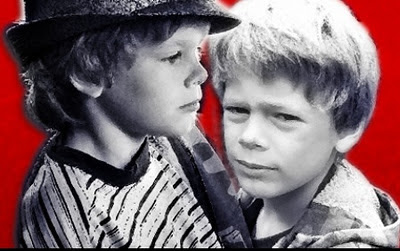 I don’t personally know these boys, which I think makes this review even better for me to write.

I saw them about a year and half ago at my daughter’s piano recital. On top of performing the piano pieces assigned to them, the students are encouraged to write their own compositions and perform them. My daughter, then 11, could care less about writing her piece!! HA!! Which was fine with me. : )

But there were two little boys, who took it seriously and it showed. When they performed,
I was blown away. . . and so was everyone at that recital!

Writing the songs for the recital, Jonah, who is passionate about his faith, also realized he had a passion for songwriting. Soon after, with the encouragement of drummer, teacher, Wade Reeves, recording began. 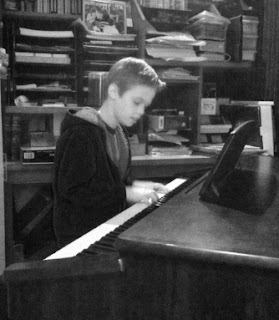 The finished product “Sam & Jonah Music” is an 11 song album soon to be released.

The tracklist is:
You Saved Us
Cause of Jesus Christ
Lord I Give you My Heart
The Bible
Here We Go
I Need You
Fight The Devil
You Are My God
To Be Like You
He Loves Me


Where does an then 8 year old go inside of his soul to write such prolific lyrics? And it’s not like he’s just spewing what he’s learned about in Sunday School. Jonah FEELS what he’s written. Having my daughters listen to their songs with me, they said they believe what Jonah's saying. His message. . . “cause of Jesus Christ, I win, you lose” or “The Bible, read it, believe it and do what it says.” Simple, true, but the delivery isn’t. For such a young mind, the songs are very sophisticated in their lyrics and melody.

To find out more about this project, I asked Grant Reeves, who produced and played on this album to tell me about it.

SPIN THAT 45: Grant, tell me as much as you can of how much the boys were involved.

Grant: “Sammy & Jonah (8 & 10 years old) were encouraged to begin composing by their piano teacher Christine who is also Wade's wife. Wade realized the boys had a talent for songwriting and suggested to their parents, Rick & Marnie, that he work with them in the studio.”

“Wade approached me to produce the basic ideas into a coherent album project. Wade & I see this as the first introduction to the developing talent of these two young brothers.”

“All the songs were written by Jonah about 18 months ago, with me, co-writing on four of the songs.”

“Jonah is the older of the brothers and is the songwriter. Both play piano (and more recently guitar as well). Jonah wrote the first batch of tunes on the piano but has been writing on the guitar as of late. Wade tracked the vocals, at Dragon Recordings, in Seattle. 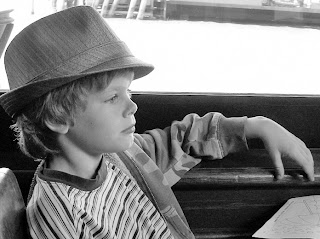 The piano parts were originally written and played by Sam Klassen, the younger one and were embellished and parts added by me. The rest of the production, drums, guitars (including guitar samples), bass and the other instrumentation were created, played and arranged, by myself in my studio in Sacramento CA along with some acoustic & electric guitar overdubs by John Morton.”


Grant continues:
“The boys were involved in the vocal tracking of course and raised some of the initial funds by collecting and selling golf balls. Sammy & Jonah's older brother Josh is shooting video and working to promote sales of the CD product.”

How does it sound?
In listening to this album, the style is very current. From Pop, Rock to New Country.
I, personally love “The Bible,” which is very, very jazzy cool with it’s “Weather Report” fusion sound.

What blows me away, is. . . in listening to “Lord I Give you My Heart,” it’s amazing to know that this song, from it’s intro, to the hook was written and played by two young boys. Sure, they have adults playing on these songs, but I was assured that Jonah and Sam had a say in how these songs were to be done. That is impressive!

From musicians to engineering, this is a well done album.

Do I think it's the best album I've ever heard? No.
But I am confident when I am say. . . this will NOT be the last time we'll hear from Sam & Jonah.

I really want to wish these boys the best.