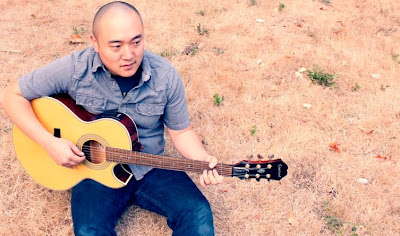 I so wish that Seattle still had their smooth jazz station out here, because I know I'd be hearing Joe Choi on that station. His music is soothing, ambient and yet has a bit of hipness to it. . .with a cherry on top!!

This "local" musician is not your average coffee house guy! Not that there is anything wrong with that. . . I love that scene.

What album am I referring to? 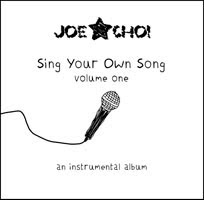 I'm talking about Joe's latest release. . .
“Sing Your Own Song: Volume One.”
Funny thing is. . .there aren't any lyrics to sing to! HA!! It's all instrumental!
What started out as a dream about Joe's daughter who was 2 at the time, has become a reality to take us, the listener, on a journey, in "Craig Chaquico" style.


Recently, I had an opportunity to ask Joe Choi to tell us about his latest project.
This man of deep faith, had ALOT to say.

Joe Choi: First of all, thank you so much (!!!) for this opportunity to talk about it.

The story behind the album centers mostly around a dream I had about my daughter.

I had a dream that my daughter, 2 years old at the time, walked down the stairs to where my wife, her parents, and our other daughter were eating breakfast and began singing a song. The song was so beautiful and the things she was singing about felt way beyond her years. She was singing about prayer and fasting. She sang, "Here I am, fasting and praying, waiting for the answer... the answer..." We all looked around at each other as she sang this song b/c we were being so moved by it. I began to realize that there was music playing in the background and that this music was mine. I saw that this music was causing her to sing this spontaneous and prophetic song. It was music that I had not written yet but I knew it was mine in the dream.

I woke up and felt God speak to me. I felt like He said that I needed to write music to help people sing their own song. To put it in other words, I felt inspired to write a soundtrack for people to live their lives to, sing songs to, and just be creative with.


ST45: Wow that is so amazing, because I've always said that all of us have a soundtrack to our lives.


Joe: Yeah, this would be music they could play in the background, music they could play to connect with God, and music that they would look for to find peace, joy, life, etc. I felt convicted about how easy it is for us to live vicariously live through reality TV, the internet, and even through other artists and not truly live ourselves. I wanted to write music that would inspire people to find themselves and their own sound, art, passion, and unique God-given identity.

I felt overwhelmed with how to even start this album so I thought about making a "joke song" for a friend. I thought it would be fitting way to start working on this so I wouldn't take myself or the album over-seriously. So I had this friend who'd always ask me to play this real corny piano part that I made up years ago and it would always get a laugh out of him. I began to sculpt a song around this piano part to see how far the joke could go. The part introduces itself at the end of the song and then the song really takes off. I remember sending him the rough draft of this song while I was recording it and realized that I might be onto something when he listened to it and didn't laugh this time but responded rather with encouragement and amazement.

After that first song, the ball got rolling and I began to explore how to record other imaginations and ideas. There were times I mic'd my newborn daughter's baby monitor to capture her laughing ("Bundle of Joy") and other times where I had to figure out how to record water sounds, chirping birds, and other things ("Alone but Surrounded") that I had never even thought of recording before. It was quite the adventure and a lot of fun. In "Alone but Surrounded" I meticulously sought for a beat that mimicked the sound of lawn sprinklers. The idea behind this song was escaping to a quiet place and realizing once you get there that you're actually surrounded and that's what brings you comfort- remembering that you're not alone. I thought it was kind of a cool and ironic concept that sometimes we need to get alone to remember that we're not alone.

Speaking of "Bundle of Joy," I have to say that my daughters totally loved the "Bundle of Joy (Dance in your Pajamas remix.)" It paints the picture of mom getting the kids down for the night, they're all calm and then DAD COMES IN and gets them all riled up!!! GREAT TUNE!!!


Joe: Ha ha. Great analogy and you got it right on. It's supposed to be the crazy ending to the pretty much otherwise consistent-sounding album.

There's a song called "Christina's Happy Medicine" which is inspired by my wife and is for her. Whenever she needs to brighten her day she tries to find some Latin jazz, salsa, or samba music. I thought maybe there are others out there too who would want that- happy music. I recorded this song hoping to give people a soundtrack to dance their own dance to and to help them gracefully zoom through the mundane and monotonous. Maybe this is the song for stay-at-home moms. Ha ha. :) God bless the stay-at-home moms.

So I'd say for every track there is a story.


ST45: What an incredible story! It seems like you've been given great insight on where we are at.

So let's talk about the technical stuff. Where, what, how, etc. . .

Joe: As far as musicians go, I played and recorded all the instruments for this album. It was recorded in my living room in the middle of the night after the kids had gone to bed. I went after this fervently and was pretty much running on no sleep for about two months or so. Some of the tracks were also recorded live at Father's House, a house of prayer in Federal Way, WA, where I work. These live recordings were recorded using a looper and recording software. I could actually geek out and tell you more but I think that's probably sufficient.

I also produced the album and sought the help of a friend named David Jenkins to mix and master it. He operates a recording/mastering studio called Closet Productions in Bothell, WA.

The graphic design was done by a graphic designer I found through a friend who is just starting out but is showing so much promise. His name is Duc (pronounced "Duke") Du. He hand-sketched the album cover and all the art on it. Funny story about working with him was that he asked to be paid for his work by home-cooked meals. I ended up cooking him a traditional home-made Korean style rib dinner. He was very content. On a side-note, cooking is another passion of mine.

Thank you, Joe, for talking with me.


I hope you'll take the time to listen to this album. Especially in this time of so much stress, anxiety and pressure. . . “Sing Your Own Song: Volume One.” can lift those downhearted spirits.

If you aren't downhearted and you just like great ambient, smooth jazz, then you will love this!!

Anonymous said…
I second both. Thanks so much Loretta and Colleen! I had so much fun and Loretta, you're a great interviewer and person. I'm honored to have had one of my albums reviewed by you. Thanks again for the opportunity and for the great review. :)
December 9, 2011 at 1:16 PM