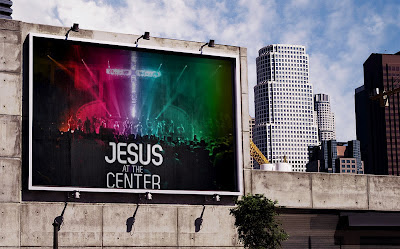 What is the objective of a live worship album?

I believe it's to get the focus on the One that is being worshipped. How? By dancing, moving, jumping, clapping and then bringing the crowd, or "church" to a quiet stillness of praise. THE BOTTOM LINE? SINGING YOUR HEART AND SOUL OUT!!!

Israel Houghton has surpassed that with his latest album, "Jesus At The Center."
This 2 Disc album is jammed pack full of funk, hip hop, soul, contemporary worship and CHURCH!!!! Gospel at it's finest!!!

Joining Israel & New Breed to produce the studio version of the soon to be released Christian AC single from Jesus At The Center, “Your Presence Is Heaven,” is hit maker Ed Cash (Chris Tomlin, Britt Nicole), while acclaimed vocalists Jason Nelson and James Fortune are featured on the studio version of “It’s Not Over (When God Is In It).” Other guest vocalists featured on the live recordings are Aaron W. Lindsey, Michael Gungor, T-Bone, Bishop Michael Pitts, Jeremiah Woods, Daniel Johnson, Charlin Moore, Adam Ranney, Tina Baker, Onaje Jefferson, Krystle Harper and Israel’s daughter, Mariah Houghton. 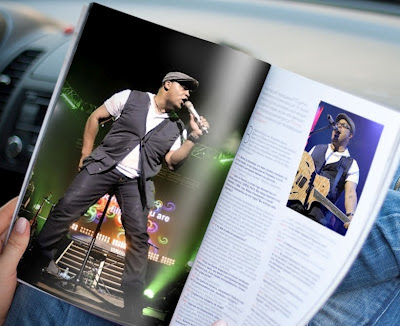 “The overarching story of the album is that sometimes we can be so ‘churched’ that we can lose sight of the ‘who, what, why’ of worship,” says Israel Houghton. “This project simply places Jesus where he is supposed to be. We intentionally removed the metaphors and simply focused on his name.”


Co-writing all the songs, except the Bob Dylan cover, “To Make You Feel My Love,” and “You Have Me,” by Michael and Lisa Gungor, Israel said that it was time to do another live album with New Breed. “We’ve always been known for what we do live and we felt like we had songs that could serve as a resource to the church worldwide.”


It was that spark that ignited the recording. “The concept started with the title track, ‘Jesus At The Center.’ We felt strongly that it was necessary to make sure that these were all Christ-centered songs that would, for the most part, find a place of effectiveness in the worship experience of any church. ‘Rez Power,’ ‘Your Presence Is Heaven,’ ‘Speechless,’ ‘Jesus The Same’ – these songs accomplish that and resource worship teams and listeners alike,” notes Israel.


In addition to the Jesus At The Center two-disc album, a companion DVD was recorded live in high-definition and features all 17 songs along with behind the scenes footage, story behind the song vignettes and other bonus material. Israel & New Breed will also simultaneously release an exclusive iTunes® LP. The LP follows Houghton’s Love God. Love People. LP that became the first-ever Christian artist iTunes LP and first LP, mainstream or Christian, which included various interactive capabilities. The Jesus At The Center LP will not only include the new music, but also video Work Tapes, a Photo Montage and the “Jesus At The Center” video tutorial.

Israel Houghton will share the stage for the very first time with peers Kirk Franklin, Marvin Sapp and Donnie McClurkin on The King’s Men tour. The 15-city major market US tour begins Sept. 16 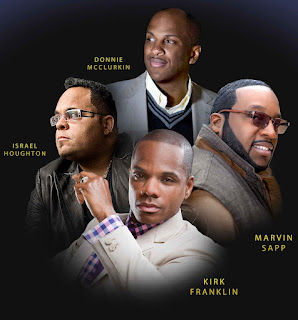 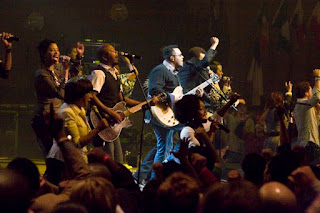 Funny. . . After listening to it from beginning to end, I actually feel like I was!

If listening isn't enough for you, make sure to get the
Jesus At The Center two-disc album, a companion DVD was recorded live in high-definition and features all 18 songs along with behind the scenes footage, story-behind-the-song vignettes and other bonus material.