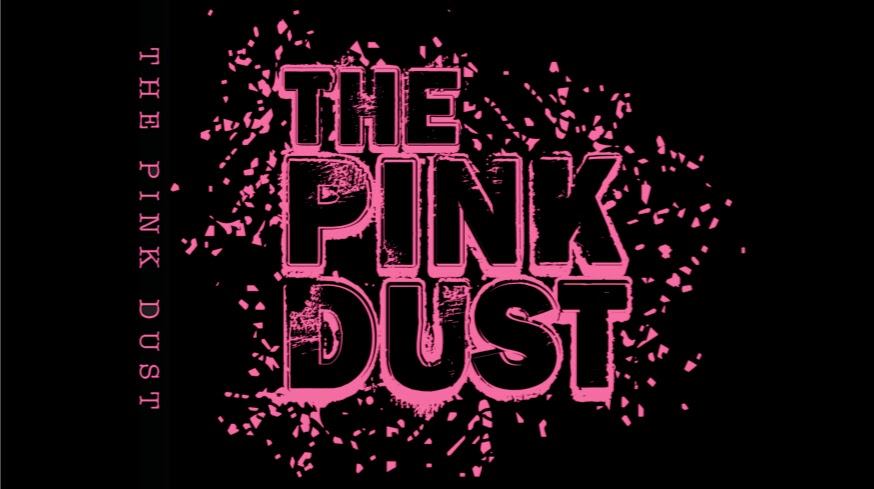 Roy Mitchell-Cárdenas of alt-rock band "MUTEMATH" has a new project he's releasing with friend and bandmate; Cliff Littlefield under the name of THE PINK DUST.

The band says their music is "eclectic, capturing sounds reminiscent of 60’s and 70’s classic rock, 80’s new wave and 90’s alternative." I would say that's a pretty accurate description. But, I would also add there's a little fusion influence as well as some major soul here.  In listening to this LP, it somewhat reminds of "The Alan Parson's Project" in that, every song is fairly different with it being an album that the listener can play from the beginning to the end. And I am a huge proponent in the old school way of thinking that when the listener takes the album out of the cover / sleeve, they set it on the turntable, put that needle down on track one, play it to the end, flip that record over and continue listening. . . . cuz that's how we do it! (said with latin barrio inflection) 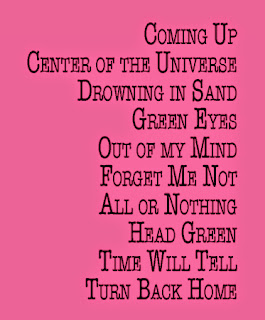 Lyricist, Cliff Littlefield is on lead vocals and rhythm guitar.  I'm assuming music for the tracks were written by Roy Mitchell-Cárdenas who is on guitar, bass, keys, programming, percussion, and BGV's. Drums are done by Plastic Planet's drummer; Jeff Alan Wright.

There is so much good stuff here. Lyrically, some songs have a light tone to them and some have cool references such as naming rock artists, like Guns and Roses' Axl Rose, quoting lines from Cheap Trick and Disney's "Songs of the South." And some of the songs are really deep. . .  and intense. Musically, my ears have been doing back flips. I absolutely love what is going on in the background. What I can hear, others listening cannot hear until I point it out to them. Roy Mitchell-Cárdenas, who was profiled in the March 2008 Bass Player Magazine, plays just about every instrument on this project. His jazz and fusion influences are noticeable on most of these of tracks. It's the little things that make me excited to wanting to go back and play those "seconds" of ear candy over and over.

I said that I listened to this album from beginning to end, but I will say that some of the tracks have dominated my attention more than the others.


This tune is so "poppy," and easy to sing along with. With a hint of Beatles influence, you just want to get up and dance, or at least I do. But what I truly love about this song is the sound of French Horns playing in the background, like a foghorn or Sirens, calling you to come back. It's so consistent as if the band is playing near a lighthouse, the music is making you move and groove,  at the same time, you hear in the distance that "foghorn" so low and deliberate. On a side note, the horns reminded me of Paul McCartney's "Mr. Bellamy" from his "Memory Almost Full" album.

I am not one to listen to any music in the morning. But I found myself waking up with the song playing in my head. When a song is pulling a person to listen to it over and over, even the next day, that says a lot about it. And I have listened to it over and over and can imagine myself back in the day as a kid, listening to it on my favorite L.A. radio stations. It has that nostalgic vibe to it. I would love to see this song released as a single and performed on Jimmy Kimmel or Fallon.

What follows is the deep, dark tune "OUT OF MY MIND"

I am going to guess this song is about addiction in the worst way.

Man, I love these lyrics, especially in the beginning, describing the "user" who puts up the front that everyone sees but no one sees in private, except the "Pusherman."  The music during the verses have this almost twisted seductive tone to them that go perfectly with the words. I could feel this song. That struggle, you want so badly to break away from, but are drawn back to, knowing it's going to be bad and not caring because the payoff is that momentary feel of pleasure. And then the cycle begins again. . . and deeper into the abyss you go.

Great solo work and programming with that fusion feel.

The essence of Alan Parsons is felt on this track; "TIME WILL TELL"

I'm not sure what this song is about, but I found myself feeling pretty sad for a childhood that was lost. I'm thinking this might be about some type of abuse. I totally loved this song, though. Every part of it. I just love, love, love the solo work towards the end. This is so Alan Parsons, from vocals to echoes to the harmonies to that solo. Really good!!!

My 16 yr old daughter loves this track. She told me that it reminded her of something she might hear on Scooby Doo or at Disneyland's Haunted Mansion. She is right on track. The song has that eeriness to it as well as that late 60's feel, which is why my daughter thought of Scooby Doo. That show's soundtrack is the epitome of the late 1960's rock music, with the carousel organ sound giving off that haunting but not quite gloomy feel.


I am really pleased with this project by THE PINK DUST.  Cliff's vocals are easy to listen to. His voice is such, that he is able to capture the sounds of 60's, 70's Pop and Rock, early 80's New Wave and 90's Grunge. His lyrics are profound,  thought provoking and emotional. All vocals are tight, including the harmonies. So good that my 16 yr old commented on how much she liked the bgv's. That is saying a lot. I didn't even have to ask. She felt it and had to "oooo" afterwards on one the tracks.

The album has the potential to be a timeless project. I was moved by most of these tunes.

The music is tight!!! Roy does one hell of a job on the music. Drumming by Jeff Alan Wright is incredible. It's apparent that Jeff and Roy are communicating on these tunes via their instruments. Jeff is one sick drummer!! I've only heard him on The Plastic Planets EP.  He's really good.

My personal opinion here is that as a lover of music, I am so bipolar when it comes to listening. I can get bored with music easily, wishing there were something I could listen to that didn't sound like everything else "out there!" But when I do get my hands on something that sounds good to my ears, I have that feeling of being lasso'd - mind, body and soul -  and I don't want to be freed from it. Like when I was a teen. . . obsessed with a 45 or album and playing that record over and over in one sitting, to the point of melting the vinyl from the heat. But isn't that a good thing??? LOL!

THE PINK DUST has accomplished that for me.

I hope it will do the same for you.

Check out the other tunes they've posted on their YouTube and Facebook.
And give me some feedback. I love to know what you think.