Maybe 3 Times Is The Charm for Original Members of WAR

Fans around the world are able to cast votes for
2015 Rock and Roll Hall of Fame Nominees until December 9, 2014 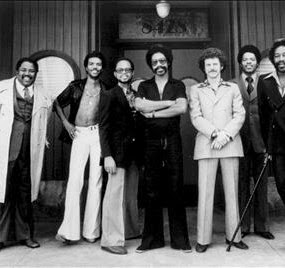 (November 12, 2014—Seattle, WA)— The seven original founding members of the California funk/fusion band WAR—including Papa Dee Allen, Harold Brown, B.B. Dickerson, Lonnie Jordan, Charles Miller, Lee Oskar and Howard Scott—have been nominated for the third time for induction into the Rock and Roll Hall of Fame. These seven acclaimed musicians were responsible for composing and performing such iconic 70’s mega-hits as Spill The Wine, Slipping into Darkness, Low Rider, Cisco Kid, The World Is Ghetto, Why Can’t We Be Friends and many more. 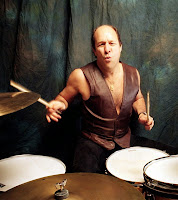 Greg Errico, Founding Member of Sly and the Family Stone and 1993 Inductee in the Rock and Roll Hall of Fame, comments, “The WAR….. the first multi-genre jam band! Numerous major cross-over mega-hits! This group of musicians / writers / performers brought much joy to the radio waves and many concert performances in the late 60’s and 70’s.  I must say they are deserving of the induction into the Rock and Roll Hall of Fame.” 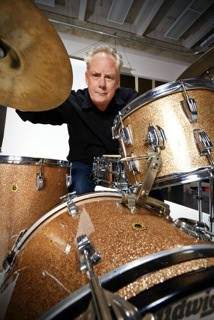 Longtime music journalist and WAR superfan Loretta Sassaman notes,  “Now is the time for these icons to be officially recognized for their individual and collective contributions and for them to take their rightful place in history beside the other Rock and Roll immortals in the Hall of Fame.

Loretta reminds fans around the world that we should not pass up this opportunity to let our voices be heard. "Voting for WAR is a vote for the pioneering band’s original members, including: Lonnie Jordan, (innovative keyboardist and vocalist);  Lee Oskar, (harmonica virtuoso); Howard Scott, (remarkable rhythm and lead guitarist, vocalist and song writer);  Harold Brown (acclaimed drummer with his unique style and rhythms); B. B. Dickerson, (incredible vocalist and highly innovative bass player), and two magnificent musicians of their time who have passed away, Papa Dee Allen, (percussionist genius) and Charles Miller (who together with Lee Oskar, were innovators of the signature Sax/Harmonica sound of songs like Low Rider). Their music is STILL being played and covered today!”

For the third year in a row, The Rock and Roll Hall of Fame will again offer fans the opportunity to officially participate in the induction selection process, from now until December 9, 2014.  Fans can vote daily.


Fans can cast their votes by visiting: The Rock and Roll Hall of Fame's website or Rolling Stone's Music News where nominees are listed alphabetically.  The top five artists, as selected by the public, will comprise a “fans’ ballot” that will be tallied along with the other ballots to choose the 2015 inductees.