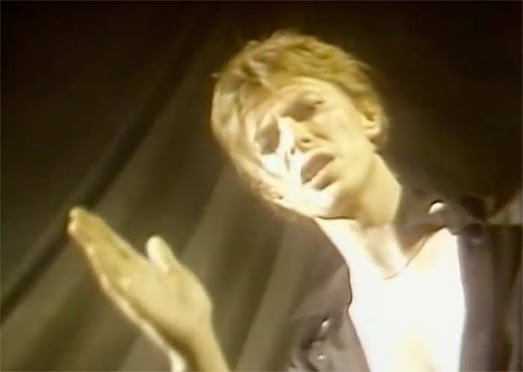 "THE WHOLE PLANET KNEW HIM AND LOVED HIM."

NOTE: When I wrote this PICK yesterday early evening, it had not been released that David Bowie had left us. Waking up this morning and seeing my scheduled post here on IMC's page, I almost wished I had waited and was tempted to take it down out of respect. But then I thought about some the songs that David Bowie is known for, where space and time are the topic. And astronauts!!!! This song is a tribute to an astronaut. But I think it's very fitting for David Bowie's passing because within the song there is sampled in, a broadcaster talking and paying tribute to a great man and explorer of space. Seems fitting.

"The whole planet knew him and loved him."

David Bowie we will miss you.

IMC Pick of The Day
"Gagarin" by PUBLIC SERVICE BROADCASTING

I don't know when, but this is one of those iTunes songs that I don't recall downloading. Maybe it was a free download. The other day, while in my car, I decided to give it a listen and now I'm wondering why I waited so long. This is one funky jam!! From the album; The Race for Space (2015), this track is what I call a soundtrack from the 70's. Very visual in that you hear vintage news broadcasts and vocal samplings, telling of 1960's Russian astronaut Yuri Gagarin, who made history of being the first human to journey into outer space, aboard the Vostok.

I felt like I was taken into the past of the "S.W.A.T." or "Barretta's Themes by the Rhythm Heritage. And no doubt those themes were good, considering the musicians who were on those tracks like Jay Graydon, Dean Parks, Ray Parker,Jr., Ben Benay, Scott Edwards, Victor Feldman, Ed Greene, Michael Martian, Tom Scott, Ernie Watts, Lew McCreary and Fred Seldon to name a few.

On this track "Gagarin," the song is packed with punch with it's disco riffs and amazing strong funked up horn arrangement, which was done by JF Abraham. With Iain Maxwell, Christopher Smith on trombone, John Moore on baritone saxophone, Guy Passey on alto saxophone, Sebastian Philpott on trumpet, Joe Stoddart on bass. String arrangements by Peter Greyson, Clementine Vale, Leah Evans on cello, Mircea Belei on viola, Thomas Greed, David Larkin on violin.

It might be pretty gutsy of me to compare the musicianship of PSB to those mentioned above. But that's how great this track is!!! "Gagarin" has an old soul. Now that I've listened to this over and over, I am going to explore their music. I've no doubt I will love what I hear.