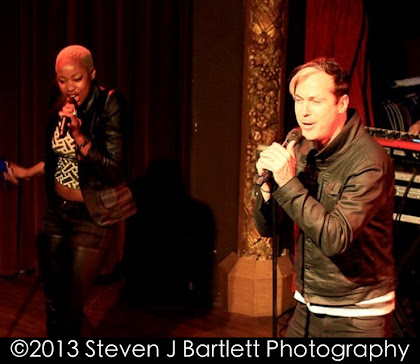 I don't know where I've been that I'd hadn't heard of this band! But I will tell you this, their albums will definitely be a staple in my music library from now on.

Fitz and the Tantrums, who hail from the Los Angeles area, definitely encompass the L.A. Sound as well as Motown, 80's New Wave, Pop and Rock and Soul.

The Tour starts in Seattle
Thanks to my friend, photographer Steve Bartlett, I was able to attend my first of what may become, many Fitz and The Tantrums shows at Seattle's "Columbia City Theatre." What a great venue! This was the first night of their Spring Tour to kick off their new album "More Than Just A Dream." 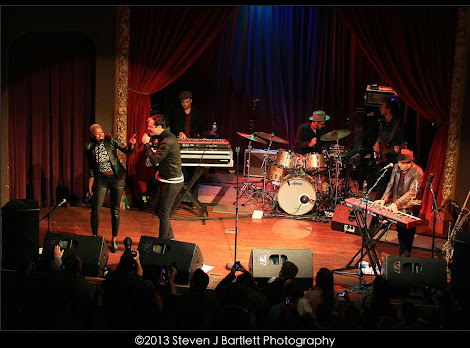 Playing to a sold out crowd, they rocked the house! They knew their night at the Columbia City Theatre was going to be a success. They were there to party! It was awesome!

What was surprising to me were the varying ages in the audience. . . 21 to Senior Citizen??? Which I guess in retrospect doesn't surprise me. I think even my parents would like their music. Their tunes are very singable and bouncy.

What I noticed first about singers; Fitz and Noelle, is their stage presence. It reminded me of when I saw jazz artist Michael Franks at L.A.'s Greek Theatre back in the mid-80's. Michael sang without moving too much while back up vocalist, the great Brenda Russell was all over the place! I loved it! Fitz is the calm and Noelle is the storm!

Their combination of vocals is so "ABC," "Hall & Oates" meets Annie Lennox. Which is funny because towards the of their show, they did a great rendition of 80's Pop band the Eurythmics' Sweet Dreams. They owned that song! It was pretty amazing. 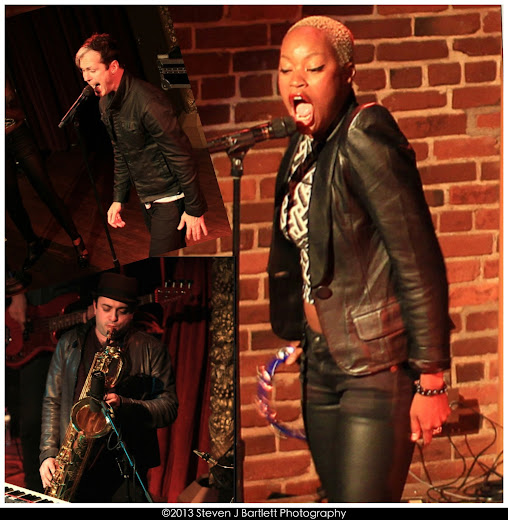 They performed many songs off their new album, which by the way releases May 7, 2013.
My favorite song off the album is "The Walker." This song ROCKS!! What a great song for a commercial. Here's some footage from that song by my friend Steve Bartlett:

Fitz and The Tantrums - The Walker from Steve Bartlett on Vimeo.

And a snippet of what I caught but from the back.


Coming Back to Seattle

Fitz and The Tantrums are making their way back to Seattle this summer. This time they'll be at the Showbox SoDo August 9th. For other tour dates check here.


More photos of the Seattle show can be found here

Quick Review of the Album 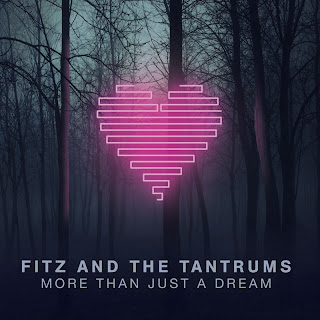 More Than Just A Dream is the follow up to their 2010 album "Pickin' Up the Pieces." As much as I liked a couple of the songs from their first album, I am really impressed by this new one. If you've read my past reviews, you know I love to listen to an album from beginning to end. More Than Just A Dream does that for me.


From beginning to end, the songs are great to listen to. The title track, really sets off the tone for the rest of the tracks. As I said earlier, I love The Walker! What a great song! Spark is also a favorite

Thanks to Hype Machine who just premiered the new Fitz and the Tantrums album More Than Just A Dream online, I was able to listen to the whole thing here. Go ahead and check out the songs and if you like them, support the artist and buy their album.