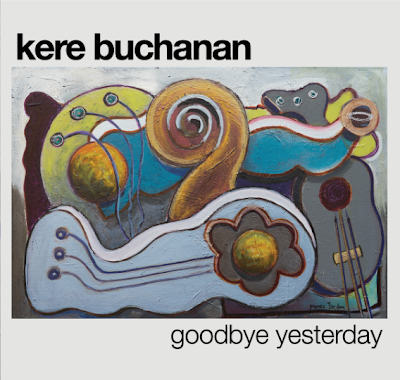 There's nothing more exciting than listening to an album that's been done right.

The album I'm talking about is "Goodbye Yesterday" by Kere Buchanan

Kere is from Sydney, Australia. He and his friends have done their homework. . . studied the West Coast Sound, including just stepping out, asking if some legends might lend their vocals and skills and created a fine project that I am positive will be considered a classic by all who love Smooth Jazz.

This is probably one of the best albums I've heard in a very long time in this genre. Kere has taken everything that he has learned from everyone that he has admired musically and put them together to create one fantastic LP. He's also made this an album that if it were on vinyl, you'd put on your turntable, play "side one" from it's beginning, then turn over to "side two" and play the rest to it's end and maybe start it over because it's that good. I definitely feel like I've been transported back to the early 1980's and believe me. . . I was there! HA. Those were my L.A. days!

There is just enough that I can hear many of my personal favorite influences on this album from Bobby Caldwell to George Benson to Peabo Bryson & Regina Belle to Toto to Earth, Wind & Fire to Bryan Duncan to Steely Dan to Chicago, David Sanborn, Jerry Hey, Lenny Castro, Lee Ritenour, Larry Carlton and Al Jarreau. Let me also add Quincy Jones, David Foster, Michael Omartian, Michael Ruff. I could just go on and on!
But the bottom is. . . THIS IS KERE BUCHANAN!

Let me tell you, the weather right now is chilly and rainy where I live, but I don't care, I want to put the top down on my car and go cruising while listening to "Goodbye Yesterday."
This is an amazing album, folks! This is cruising music to the max! Don't take my word for it, while you're reading my review of Kere's album, preview it here at CD Baby

There might be a chance that you'll detect a familiar voice on one of the tracks. And yes, you're right. You are hearing songwriter/artist Bill Champlin of Chicago doing not only the lead vocal on "Never Gonna Give You Up" but along with Kere, doing back up vocals as well. Other notable musicians are Louie Shelton & Robbie Buchanan and Marc Jordan who supplied the beautiful front and back CD cover. As far as the others, I'm afraid that I don't really know too much about the vocalists or musicians. All I can say is that they are exceptional in their skill. The musicians play like the "musician's musician" they have more than likely been influenced by. 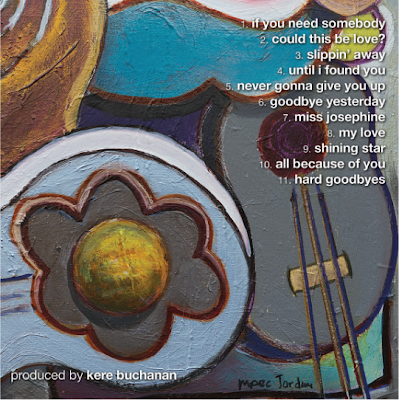 I want to make mention of the last track; "Hard Goodbyes." Kere does an amazing job of singing this. His vocals are so authentic in expressing his feelings. And his tone is very reminiscent of the late Kenny Rankin. This is one of my favorite tracks. My daughter listened with me and she, too felt that Kere did a great job. By the way. . . this is a hard song NOT to tear up to.


For more about Kere Buchanan. . . who he is, what he's all about and this project, check out his recent interview with my friends at Inside MusiCast here.

I'll say it again, I don't think I've been this excited about music like this in a long time! For my friends who been telling me they want some good music along the lines of Toto, Chicago, EW&F, etc, . . . you HAVE to check Kere Buchanan. This guy is off the hook!

This is smooth jazz at it's finest!