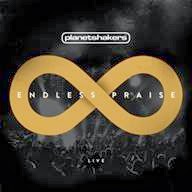 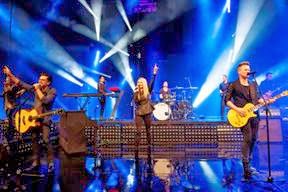 Album Hits No. 1 iTunes’ Overall Charts in Malaysia, Singapore, No. 1 Inspirational in Australia, Top 10 on Charts in Multiple Countries Including USA, Canada, Indonesia


Capturing the energy, excitement and worship of Melbourne’s Planetshakers Church, one of the fastest growing churches in Australia, Planetshakers Band released globally through Integrity Music its critically acclaimed, 26th live recording, ENDLESS PRAISE, March 11. As the church and is music transcends cultures, languages and geographical boundaries, the new album immediately soared to the top of the overall charts, becoming the most downloaded iTunes albums across all genres of music in Malaysia and Singapore, while hitting No. 2 on Australia’s overall chart and No. 1 on the Inspirational chart. The album also went as high as No. 9 on the iTunes Christian/Gospel chart in the USA (No. 11 for the Deluxe version of the album) and No. 7 in Canada, while hitting the overall charts at No. 6 in New Zealand, No. 10 in Indonesia and No. 4 in Brunei.

Recorded at Planetshakers’ annual Awakening event in Melbourne, the ENDLESS PRAISE CD / DVD is an anthemic, joy-infused collection that gives honor to the One who makes all things possible. As Australia’s largest youth/young adult Christian movement, Planetshakers now brings this new music and worship favorites like “GetUp,” “Healer,” “Beautiful Saviour,” “Nothing Is Impossible” and “The Anthem” to the U.S., hosting its first Awakening in Dallas March 20-22, 2014 at Calvary Church Irving Campus. With the goal to see every person empowered, transformed and equipped to fulfill their God-given destiny, thousands are anticipated to attend the Dallas Awakening that will feature compelling messages from speakers Russell Evans, Sam Evans, Ben Dailey and more. To register for the event and for more information, go to www.planetshakersawakening.com.

During the Dallas Awakening, Planetshakers will hold “Night Rally” events on Thursday and Friday evenings beginning at 7:30 pm that will be FREE and open to the public. The world is also invited to watch Friday’s event for free as it is webcast at www.RevTV.com. Last year’s webcast of the first USA Awakening event ever in San Diego drew an audience from every continent around the globe and representing 52 countries.

Planetshakers Band returned for the second consecutive year to San Diego for a Planetshakers Awakening at Cornerstone Church National City Campus earlier this month. The event was covered by JUCE TV (formerly JCTV) with the resulting feature to broadcast in the near future (watch your local listings.)

Besides JUCE TV, Planetshakers Band is slated to appear soon on LIFE Today with James and Betty Robison, and appeared live on DayStar’s Marcus and Joni program to celebrate the launch of ENDLESS PRAISE, March 11.

Here is how music critics have been responding to ENDLESS PRAISE:

“Here to sweep listeners into endless praise and all-out worship, Planetshakers’ 26th live recording brings the percussive, drum-heavy mix-up of genres within and between songs we’ve come to expect, but bumps it up a notch with feel-good fervor balanced by a heavy dose of gentle and heartfelt love. Planetshakers music, rife with unbridled energy, seismic emotion, percolating power pop, rock, and rhythm, electronic dance, and huge anthemic choruses, all deftly woven together with perfectly placed ballads, hasn’t lost its sheen.” – Worship Leader Magazine

“Planetshakers have put together another brilliant album mixing together epic dance songs with some wonderfully intimate worship moments...[ENDLESS PRAISE] is an anthemic, joy-infused collection that gives honor to the One who makes all things possible.” – LouderThanTheMusic.com

“There's an undeniable infectious energy to most of these tracks that will appeal to those across the generations. This live album will definitely sound good played before arenas of Christians joining in worship... With ENDLESS PRAISE, Planetshakers Band continues to produce live albums that are appealing and approachable for worship.” – All About Worship

“If you are looking for a high-energy, passion-filled praise experience that is accessible for congregational worship, your search may have just ended. Planetshakers’... ENDLESS PRAISE proves to be invigorating from front to back.” – Worship Team Coach

Originally formed in 1997 to lead worship for the first Planetshakers Awakening (conference) held in Australia, Dove Award-nominated Planetshakers Band is passionate about uniting generations worldwide through worship. An outreach that recently led over 200,000 at a single event in Asia, Planetshakers will tour nine states throughout the U.S. and travel to 17 countries in 2014, including India, Germany, Poland, Korea and Malaysia. Their goal is to see people encounter God, be transformed by His presence and empowered to make a difference in their world. While they tour internationally, the team remains based out of Planetshakers Church, a multi-campus, 10,000-member congregation in Melbourne that is pastored by husband and wife, Russell and Sam Evans. Planetshakers Church is one of the fastest growing churches in Australia and the catalyst for a worldwide movement.

Integrity Music is part of the David C Cook family, a nonprofit global resource provider serving the Church with life- transforming materials. Headquartered in Colorado Springs, Colorado, Integrity is committed to taking songs of substance to the local church and its leaders around the world. Additional information can be found at www.integritymusic.com.