LO'S PICK OF THE DAY - "You're The One That I Want" From the 1978 Grease Movie Soundtrack.

Musicians Greg Mathieson and Casey Young were our guests last week on Inside MusiCast's Facebook page via Zoom. If you were there, you may have heard Greg talk about working with Olivia Newton-John and his contribution to the Grease Soundtrack.

I don't think there's a person out there who hasn't heard this track. But having Greg share his memories on working on "You're The One That I Want" and "Hopelessly Devoted To You" was so wonderful.

He's an incredible storyteller. He was on the set from the beginning of filming and was the rehearsal pianist. He was then asked to play on both these hits.

The funny thing about that story is, I had recently found the VHS tape of the movie and just had to pick it up and show it. This made everyone laugh - MOSTLY because I still watch VHS Tapes!! HAHA 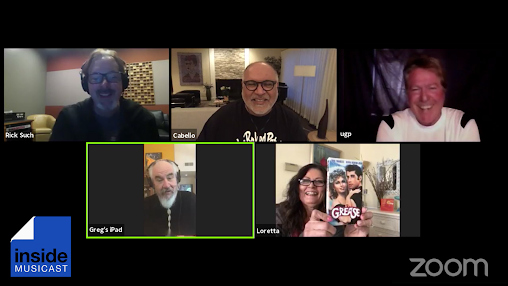 I should also mention that the only other player I know who is on this track, is the one and only David Hungate. And David's playing is so prominent as well as Greg's. There's so much personality in their style, bringing this song to life..

Thank you Greg for a great chat. We need to do another one sometime soon.

It was great to revisit this song. Time for me to watch the movie, which I have on VHS. 🙂