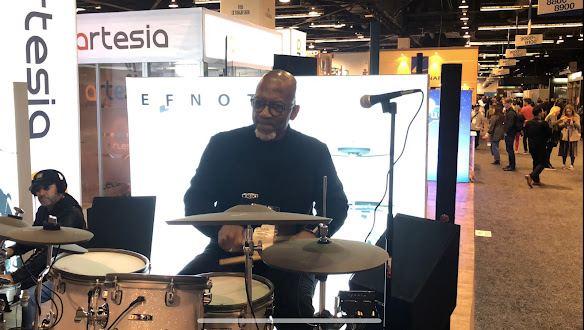 This past January at NAMM in Anaheim, I had the pleasure of meeting one of Soul's most renowned drummers; Mr Aaron Smith aka The A-Train! He was by himself, just drumming away on his kit . . . people walking by and not really knowing who he was. But I did!! That's the man whose iconic drumming can be heard on what is ranked number 169 on Rolling Stone's list of the 500 Greatest Songs of All Time . . . "Papa Was a Rollin' Stone" by The Temptations. 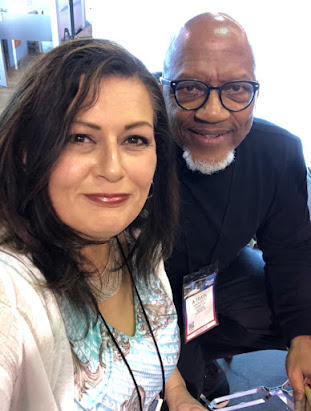 It was true honor to have met him. I felt like a groupie!! His music was not only part of my childhood but my new wave days with Romeo Void and so many CCM favorites like "Lie Down In the Grass" by Charlie Peacock.

And he continued to be part of my adult-life soundtrack with several tunes like this one; "Waiting In Vain" by IMC's fav; Lee Ritenour with the beautiful rich vocals provided by Maxi Priest who had a fantastic hit with "Close To You" in 1990.

As in "Papa Was a Rollin' Stone," Aaron's drumming is constant. Rhythm arranged by Lee & A-Train, his timing and groove are off the hook! Other great people on this track, aside from Lee, who by the way is phenomenal as always, are Carmen Twillie, Kate Markowitz and Phil Perry on background vocals; Jerry Hey on horns and arrangements, Dave Witham on organ and Cassio Duarte on percussion.

Again, it was an honor to meet this man.