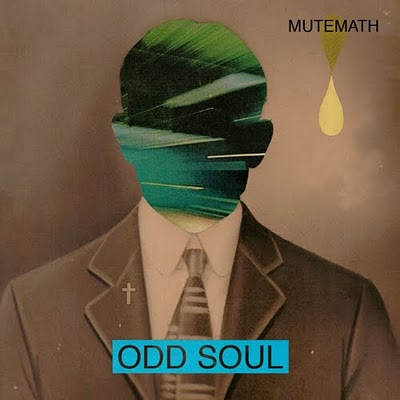 Well, it's been a long time coming but the date is here. . . the arrival of ODD SOUL by MUTEMATH

So many changes have occurred since the release of Armistice in 2009; marriage, babies, LIFE and most of all. . .saying goodbye to a bandmember. As a long time fan of MM,
(and just so everyone knows . . . I say "I" am the biggest MM fan!! HA!! 11 years now!!!) ANYWAYS. . . it saddened me to find this out, but it happens. I wish Greg Hill the best! He's a terrific guy!!

With the change, a new guy is on board, Todd "Gummy" Gummerman! He is also a terrific guy who truly knows his way with his 6 string electric!

Paul Meany, Roy Mitchell-Cardenas & Darren King have done an amazing job with this project! And Todd is STELLAR in having learned every lick PERFECTLY!

The sound is so funkadelic, so 60's, so current and yet, so MUTEMATH!!

Having been a child of the sixties, if the aim was to sound vintage, then I can tell you that the guys got it right!!


Yes, there is a huge Jimi Hendrix influence here, but in listening to the album in full, I can also hear the influences of Vanilla Fudge, Quicksilver Messenger Service, Iron Butterfly, Rare Earth, Frank Zappa, early Traffic, and even some mid-60's Beatles.


Vintage gear doesn't hurt either!! Having gotten the lowdown from Roy on the type of gear he was using, I posted it in a prior blog, which you can read here: ODD SOUL - In Pieces. Paul's use of the Hammond B is phenomenal!!

Listening to this album at this moment, I can tell you I am FREAKING OUT!!! The music is SOOOOOO taking me back to those free concerts in the parks of L.A. . . watching hippies doin their thing, kids sliding down the grassy hills, psychedelic bell bottom pants, floppy hats, leather vests as well as "other things" and . . . THE MUSIC! ALWAYS THE MUSIC!!

If you could see me now, I am breakin out in a tight 60's move as I listen to "Cavalries." MAN!!! The sound of Paul's keys are so smooth like Greg Rollie from Santana, Roy's guitar screams like a siren and Darren's drumming is so tight!! 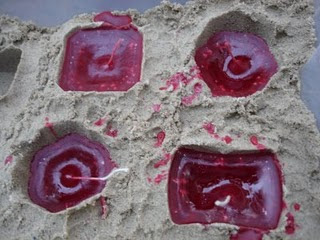 I wanna hang some

beads in my office, 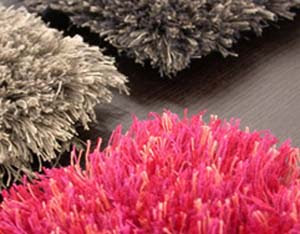 and lay down some shaggy carpet!!!


Yeah, I think "Cavalries" has a huge Santana influence, but more Jorge Santana aka MALO!! Love this guys!!! Los Chicanos are doing to dig this one!! I love the way it merges into "Walking Paranoia." If you listen closely, the intro has a Jethro Tull feel.

I wanna talk about the songs, but I love all of them!! I'll never finish this blog!

MAJOR KUDOS have to go to Adam LaClave aka Charlie Blacksmoke, for inspiring the album's title / song and co-wrote "PRYTANIA." Yeah, this one is a HIT!!!

"ONE MORE" is awesome!! It's so FRICKIN' sixties with that dry, naked sounding guitar solo then changes to a fuzz sound, the funky "Steppenwolf" Hammond B, Paul's bluesy vocal and the funk with the bass and drums. The chorus has a Motown groove to it! LOVE IT!!

"QUARANTINE" almost brought tears to my eyes at the accuracy of the sound.
Did MM do their homework or WHAT??? 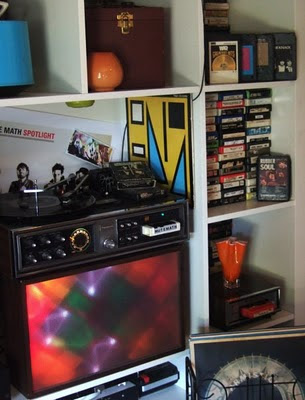 Gotta break out my light box, cuz nothing says 60's like a light box and my brother made this one back in the day!

As is always with MUTEMATH, there is always the message. I LOVED Armistice but felt there was so much turmoil within those tracks as well as some happy moments too. Seems that the album was the soundtrack of my life for a while.

ODD SOUL seems like the guys have come out of that dismal season. And having just seen them in Los Angeles in August, I would say that is very true. They seem soooo happy!! A big congrats to all of them on their milestones as fathers and recent marriage!


Possible Tour for The West??

Living up here in the Northwest, I did ask Paul about a tour in the future. We can probably expect MUTEMATH in late Winter.


Don't forget to catch MUTEMATH on the Jimmy Kimmel Show, Tuesday October 4th!
Great day for a release!!
Congratulations on another WINNER!
Can't wait to cheer you on when I see you on SNL, cuz you know I'm rootin for that day!!

Here's a great review that I stumbled onto: ODD SOUL REVIEW FROM PAPER TRIANGLE


HEY TO MY READERS: SUPPORT THE ARTISTS AND THEIR MUSIC.

rosiejoy said…
Great review! I think you really captured the essence of this album. It's awesome to hear another fan's perspective on the album. I cannot wait to see them perform these songs live!
October 3, 2011 at 11:19 PM

Quiet Entertainer said…
What a fun and enthusiastic review! This record deserves nothing less!
October 4, 2011 at 3:29 PM

Anonymous said…
The guitarist for MuteMath is Todd Gummerman. Sometimes fans have called him Gummy.
October 18, 2011 at 8:00 PM

Loretta said…
You're absolutely right! Should have trusted my instincts instead of copy and pasting from another site. Thanks!!
October 18, 2011 at 11:44 PM