AM Radio Is Makin’ A Comeback! 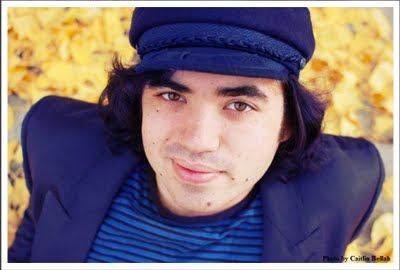 
I admit it. . . I was around when all we had was AM radio. Well, there was FM, in L.A. but not too many stations. My favorite songs came from L.A.’s AM stations, like KHJ, KRLA and Palm Springs’ KDES.


Holding my transistor radio, I could listen to my favorite artists or groups, like The Jackson 5, Paul Revere & the Raiders, Stevie, Todd Rundgren, The Beatles, The Monkees, even 1910 Fruitgum Co. . .HA!!!! And of course, there are soooo many more, but this is not about who I listened to back then, this is about someone YOU will be listening to and is already showing that his music will stand the test of time, too. 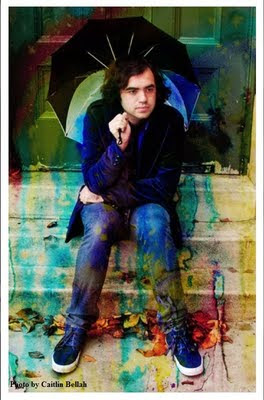 Why do I equate Adrian with AM?
Well, mainly because the songs that influenced my love of musical tastes and styles, came through the tiny speaker of my transistor radio. Every 45 I have from the 60’s & 70’s, I treasure. They are the soundtrack to my life. I still listen to them and even karaoke to them!! : )

Adrian’s style, to my ears, is so reminiscent of Andrew Gold, Stephen Bishop and even Todd Rundgren, which is no surprise, since Todd is a long time family friend.


I recently saw Adrian perform while on tour with Ricky Berger.

Seeing an ‘up and coming’ artist in a small venue, you just never know how it's going to turn out, whether you're going to like them or not. And if you're basically the only one in the audience, it can make you feel a bit awkward. I was one of those that was basically the only one in the audience and I am soooo glad that disliking his music was NOT the case!

This guy is not your flavor of the month.

At 23, he is a seasoned songwriter, musician and artist. Listening to him, you can’t help but hear a Beatle-ish tone to his sound. You can tell he has been raised with music all his life. Well. . . “ I “ can tell, because I, too am a product of my parents’ great tastes in music.

And as much as I don't want to make a big “to do” about Adrian being raised around the music industry, it is a fact. His father is Brent Bourgeois, artist, producer, engineer and author. But Adrian is a great artist in his own right and so I really want to keep this about him. 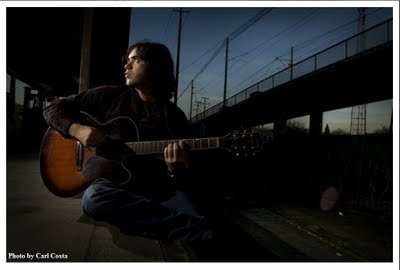 Adrian takes everything he's heard and creates his own sound that is upbeat, bouncy & classic. Even now, as I’m listening to his latest EP “Picture Frame,” I feel like I am being taken back in time. He’s got such a classic sound to him while still being current. Some might say there’s even a “Ben Folds” influence there.

One song off that EP is "As Your Hands Can Hold.” The song is so deep, so touching. It literally brought me to tears, as I thought about the struggles “my” loved ones are going through. I had to let Adrian know how I felt and emailed him.

I guess I can say that this is my first real (PUBLISHED) interview with a music artist!! : )

Spin that 45: Adrian, I’ve been listening to "As Your Hands Can Hold” from your latest EP "Picture Frame." This is such a beautiful song. Your song says what I wish I could say to those I care about who are struggling.
WHAT A GREAT SONG!!!

Adrian: “Wow that really means a lot to hear! That's kind of the whole point of this whole music thing for me. All my life I've always felt most connected with by songs and beautiful music. The melodies and arrangements and even the lyrics, somehow understood me in a way that no people I knew could. My best friends were always my favorite songs and the musicians who made them. That's really the reason I've always wanted to make music myself, just to have THAT effect on others. So to hear that one of my songs is really speaking to you in that way means the world to me!”


Spin that 45: It sounds to me that the song is about the struggles of showbiz, but I could see that this song would speak to anyone who has lost hope in what they thought they'd achieve in their lives, but didn't and felt overwhelmed by life.

Adrian: “I guess the song is about showbiz...but only because of the particular circumstances I was writing about. Insert anything you or anyone has poured everything they had into for decades and feeling all you have to show for it is a life's worth of broken promises from others and from yourself. I wrote this song actually shortly after having a really meaningful conversation with someone I'm close to who I'd recently found out had started drinking again after years of hard earned sobriety, just reflecting on the fact that he wasn't who, what and where he thought he'd be at this point in his life, and how it's much easier said than internalized that one should be able to look at the good things you do have (wife, kids, family, house, etc) and rest in that legacy rather than be haunted by what could have been. But in the end, what you have is what you have and you can either choose to focus on that it "should" have been more, or change your meaning of what success and happiness are. And that's a hard place to come to. I've struggled to mentally prepare myself along the way of my own journey towards a hopefully successful career in music for how I will take it if life doesn't turn out the way I expect...which of course it never does. The point is finding happiness in who you are and making that an internal choice rather than one governed by external circumstances because you really have no control over that in the end.”


Spin that 45: Wow! That's pretty profound. And yes, you've definitely communicated that message in "Hands."
Can you tell me about who is playing on the EP and the engineering?

Adrian: “Yes, I recorded, played, sang (with the exception of the bridge on “Hands” where it says "You bet your heart" echo in the bridge...that's Ricky Berger) and I produced everything myself on that. . .Recorded at home in my room.


Spin that 45: Wow, you played all the instruments??? And did the mixing??? That's great! For being “homemade” the mixing turned out well. It sounds great! To my ears, it does not have that "homemade" after taste to it.

Adrian: “Thank you. I'll probably re-record all the stuff on my EP when I get home from touring with Ricky Berger, or at least remix it. These home recordings are a work in progress and I'm still learning how to use all the equipment but hopefully this is all leading up to my next album.”


Spin that 45: Well, I, for one, cannot wait to hear your next release!

Adrian, thank you so much for taking time to tell me about “Picture Frame.” Where can your fans hear the EP?

Adrian: “Well I've been selling it at shows on my tour mainly. I decided to get ‘creative’ with the packaging and sell the EP in picture frames which ties into the fact that there's a song on it called “Picture Frame” and then you have the option of either listening to the CD or just putting it on your mantle and staring at it all day...; )

you heard it here first!

--and if you'd like to hear it and/or purchase it, you can do so at My Store."


Spin that 45: Great! I'm sure your "legions" of fans cannot wait to check the songs out!!

When you visit his website, be sure to also check out his debut album. It too, is worth a listen.


NOTE: all photographs used by permission