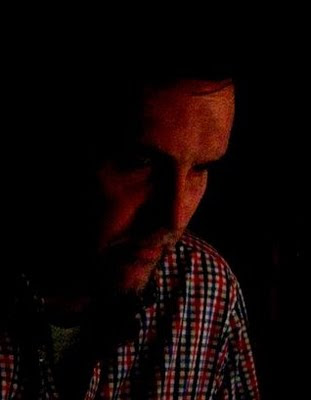 Steve Bartlett, a former real estate agent who is now working with a company that helps college aged kids look to continue their education, began a project, not knowing where it would lead, when his heartstrings were pulled at the effects of the Gulf Coast oil leak a year ago, April.


I'll let him tell his story:


"Last June I noticed that the poets and artists seemed kind of quiet about this hole that was gushing millions upon millions of crude oil into the water of the Gulf.

Fast forward to November 2010, and I was notified by a friend in Kentucky about an event here in Seattle. It was a symposium held by Project Gulf Impact at Seattle University. So my wife, my 10 year old daughter and I went to this to see what the latest was from the Gulf of Mexico. What I saw stopped me dead in my tracks. Speaker after speaker got up and told their story. A fisherman named CJ who had lost everything and was having a hard time getting any compensation from BP. We heard stories about how 1/3 of the fishermen on the Gulf were Vietnamese/American and how many of them could not read English very well and yet our government had printed out pamphlets, to help people with the claims process, in English only. Thousands upon thousands of Vietnamese had no idea that Federal assistance was available to them let alone how to go about getting that help. We saw a man get up in front of everyone and break down crying. He was sobbing and gasping for his words. He had taken his three year old son to the beach one day and since then he had been in the hospital three times with kidney problems and respiratory problems. This man was overcome with grief.

After this symposium I realized that this thing was NOT OVER!!!

The next day I started writing this song; 'It's Not Over.' I contacted my friend, Joe Monto in December and we decided to wait until after the holidays to get together and star working on this. I knew early on that I wanted our friend, Fortune Nyondo to help us produce this. Fortune has a tiny little office in the upstairs corner of an old country church just 10 minutes from my house. Fortune is from Zambia and he is remarkably gifted!"


This is three guys who brought their talents together and produced and recorded this song ON NO BUDGET for the people and wildlife on the Gulf of Mexico that continue to suffer from the largest environmental disaster in our nation's history. We are one year into a tragedy that will take decades for nature to correct. 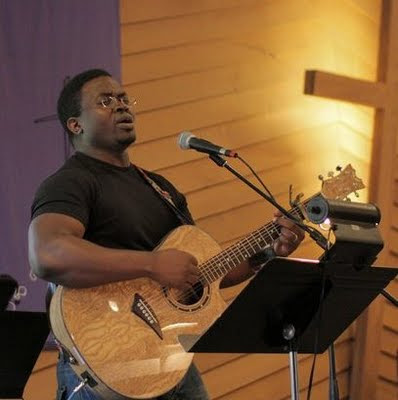 Fortune Nyondo, producer,
also played all of
the instruments in this song.
He is from Zambia
and has only been in
America for 7 years. 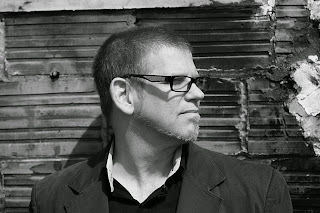 Joe Monto, vocalist, is a recording artist in his own right and is also Youth Pastor at his church.


Could this song apply to the recent disasters, such as the recent tragedies in Japan and tornados in the south?

Steve says, YES!! "We see this song as not only being 'A song for the Gulf Coast, but as a song for the world.' Most elements of this song go beyond the Gulf Coast. This is a song that can easily apply to any number of disasters. With the exception of the line 'They're down on their knees, sifting through the oily sand...' it's pretty generic that way. It was purposely written that way. Make no mistake about it. This song is first and foremost about the Gulf oil spill. But we feel that the sentiment of this song is even further reaching than that. Haiti? Katrina? Afghanistan? Iraq? It fits many different places."


You. . .the reader can help spread the word!

SHARE THIS BLOG WITH AS MANY THAT YOU KNOW!!!

Steve also has a blog called A Hole In The Ocean


"This song will be available on iTunes for 99 cents. A portion of whatever we make will be sent directly to the relief effort on the Gulf Coast.


This is a song of hope. . . FOR EVERYONE!!
Thank you for helping

Steve Bartlett said…
Thank you for highlighting our song and video on your blog, Loretta! A lot of people are feeling left behind, on the Gulf Coast, since most of the media attention went away when the hole was capped last July. But 4,900,000 BARRELS of crude oil and 1.84 million gallons of toxic chemical dispersant (COREXIT) doesn't just go away overnight. This is a tragedy that will take decades for the environment to recover from. Thanks again for bringing attention to this tragedy!
April 19, 2011 at 10:25 AM