Lady Gaga is disco'ing it up with Born This Way!

Roy Thomas Baker producer of Queen said: "There was no one writer, but there was one Queen sound. . . .the one thing that was important to me was to make sure that when people hear a song for the first time, even if they don't know who it is on the radio, they could hear instantly it was Queen." I would say Lady Gaga has accomplished this. Whether you're hearing Madonna, Donna Summer or whomever, you know it's Lady G!!

It’s the Eve of the release of Lady G’s long awaited and most talked about release,
“Born This Way.”

Gaga is definitely a product of her upbringing. The music she grew up with and the music her parents and or family may have played around her. She soaked it all in and gave birth to the tunes of “Born This Way.”

I wasn’t sure how I’d feel about this album until my son made me listen to it. I’ve always felt her lyrics to be very controversial and sometimes a little too honest, especially with my 12 year old daughters taking it all in. So rather than focus on the meaning of her lyrics, I want to talk about the music and what I heard and who I hear.

One of the things about Lady Gaga is all of her songs, as complicated as they are, have a simplicity about them AND you can't help but want to sing along. She’s a classic singer with a need to push the envelope and make us listen to her.

This album shows she has grown as a bona fide songwriter and artist. She has come a long way from The Fame & The Fame Monster. This album still has the dance tunes we’ve all come to know by Lady G, but it also has songs that have that classic rock sound that could stand on it’s own on any classic rock station.

Again the lyrics are at times a little too strong for me. But if I check them against the songs I listened to back in my day, I suppose I would look like a hypocrite.

There’s so much talk about how this is a Madonna knock off, but seriously, didn’t Madonna replicate everyone she admired? What a compliment to Madonna that Gaga would even want to sound like someone she grew up listening to. That is, if that’s what she did.
I hear other people and I hear Gaga. 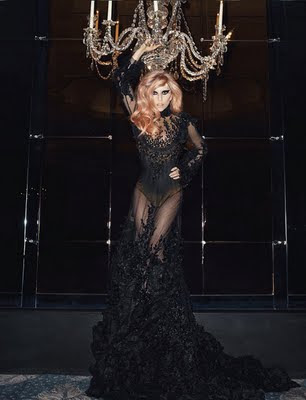 GREAT SONG!! Love love love the last 60 seconds of “Marry the Night. The change is so "Eyes of Laura Mars" and Donna Summer/Annie Lennox sounding. The breakdown with her howling over and over "Night" it's so BIG. I feel like I'm listening to "Hot Stuff."

Everyone has already talked about "Born This Way" so I can't add too much more, except that when she previewed it at The 2011 Grammys I definitely heard the TLC's "Waterfalls" as well Madonna's "Express Yourself." It's a great dance song. AND the breakdown is very Annie Lennox in the echoing. VERY COOL!

Government Hooker has a very classic operatic intro and then breaks out in a heavy euro bass with a Kraftwerk "Pocket Calculator" with a Dépêche Mode disco feel in the middle.

Hair has a very current light pop feel through out the song and chorus except when it changes with what I'd call a dark driving techno beat. . . A very DETERMINED beat and Madonna like vocals.

Bad Kids has to me, a GUN AND ROSES/Joan Jett like vocal intro.. Then as with all GAGA songs, it changes. This song is SOOOOO Donna Summer from the driving bass, to the tone of her voice when she begins each verse. I have to say THIS IS MY FAVORITE!!! TURN THIS SUCKA UP BABY!!! Listening to it again. . .did I say this was my favorite??? LOVE IT!!

Heavy Metal Lover. Can't help but think this is rebuttal to Katy Perry's ET with heavy techno/euro. I can also hear some Gary Numan in this! NICE!!

Electric Chapel. This sounds like it should be played at the end of a 80's James Bond movie. The perfect ending that leaves you feeling good. Fade out.... music starts....credits roll. I’m sure most will say this is Madonna at her height of creating controversy. And sure, I hear it too, but definitely hear Annie Lennox in the belting & howling!

You & I has that Queen feel to it. Maybe because Brian May is playing guitar. At the climax you just wanna grab your iPod or iPhone and pull the lighter app and wave it back and forth as if to pay tribute!!! This is a signature song here, folks!!! ENCORE ENCORE!! 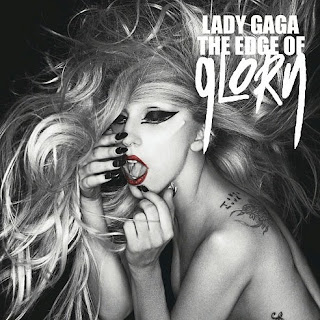 The Edge of Glory makes me thinks of Bonnie Tyler's Total Eclipse of the heart. Vocals, heavy 80's tone and of course of Sax by Clarence Clemmons. It also has that “Never may care” kind of attitude.

The Queen is the Bonus Track on the album. Very pop!!


Overall, my feeling has been, if you can’t do it right, don’t do it at all!! Gaga has done it right!! She’s taken everything she’s heard and made it her own. So let everyone say it’s Madonna, Annie or Donna. She brings back the moves and rhythms I so enjoyed when disco was at it's height.


I hear Lady Gaga singing it all and still sounding like those she loved. She is one hell of a belt singer!!! The girl can SANG!!!!

I think we need a diva singing concert tour with Annie Lennox, Madonna, Donna Summer and GAGA!!!!! Now would THAT be a show!!!

Unknown said…
Your blog is amazing! I love how you recognize her admiration for Madonna, very true. She isn't just a knock off, she just admires artists of great music. Looking forward to seeing more reviews! (:
May 22, 2011 at 9:18 PM

Jessilyn Dumapias Carver said…
This is the best review I have read regarding Gaga's Born This Way release. All the other reviews sound like trash after reading this. Everything I was feeling popped out of your ink. So eloquent and honest. Makes me want to ride in a convertible corvette with the top down blasting Gaga ;)
May 23, 2011 at 11:03 AM