Sara Niemietz is no newcomer to show business.


At 18, she is a seasoned actress who has done Broadway, been in films and is currently on television as the on-screen guitarist for GLEE.


And if you've seen any of her videos on YouTube, you've probably noticed that she is quite the singer and musician.


Someone else noticed!!!!
Ellen DeGeneres!!!!!
Do I sound a bit excited???
Imagine how excited Sara was to find out that Ellen had ALSO been watching her on YouTube!!! 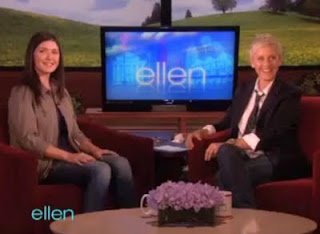 Ellen was so overwhelmed by

Sara, she wanted to meet her

and invited her to the show,

Watching Sara talking with Ellen, you can see she has such a sweet presence about her! 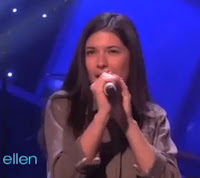 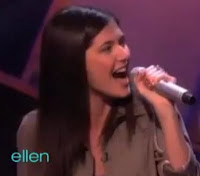 and started releasing the SOUL within her.


AND WHAT A BAND!!
Backing her are some of music's FINEST!!! 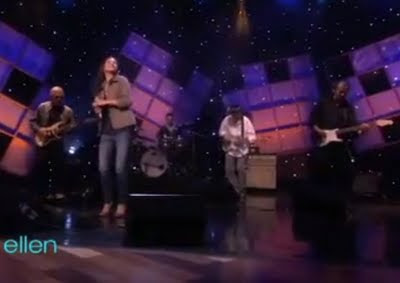 Legends; W.G. Snuffy Walden on lead guitar, Terry Wilson on Bass, Billy Watts on Guitar and Jake Coco on drums. What a line up!! 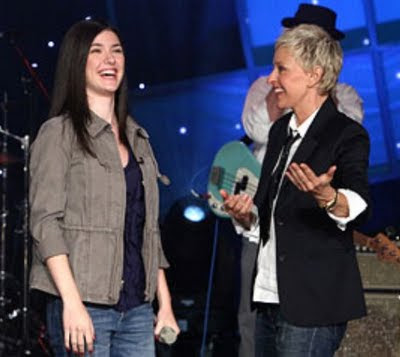 
I have a feeling this will not be the last time we'll see Sara Niemietz on "The Ellen DeGeneres Show" or any other show for that matter. She is already on her way to becoming legendary.

And check out Sara singing "Talking To the Moon" at rehearsal. 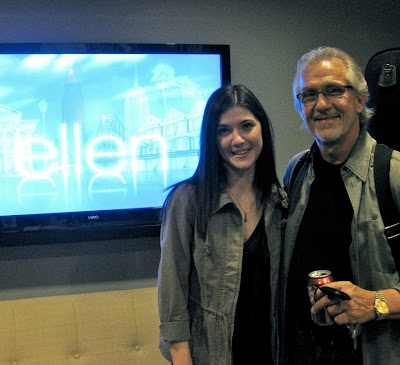 patricia said…
Congratulations! You are incredible! Sara is the absolute BEST!
May 6, 2011 at 9:11 PM

Unknown said…
This is a few years in the future, but everyone that meets, sees, listens to Sara always enjoys her golden voice, her loving positive attitude and her compassion for love of people. What a mentor and friend Snuffy Walden has been for Sara. he's taken a diamond and polished it to make it "SHINE".
January 9, 2022 at 2:28 AM