Originally featured on Inside MusiCast, my Pick of The Day: "Jungle Boogie" by Kool & The Gang from their album "Wild And Peaceful" 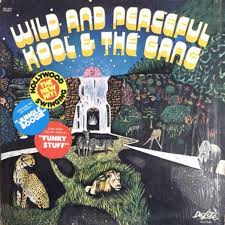 The music world has lost another legend. Ronald Bell, aka Khalis Bayyan co-founder of one of the best funk bands ever; "Kool & The Gang" with brother Robert "Kool" Bell. 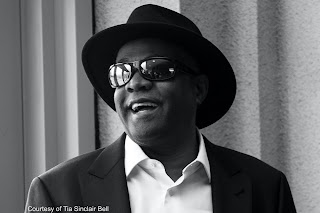 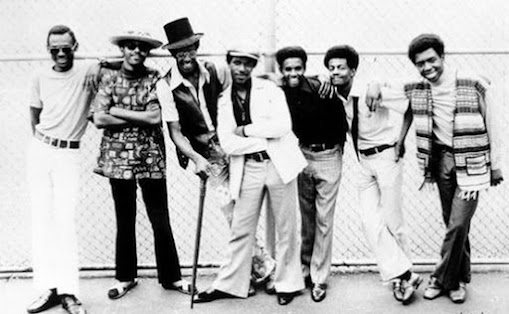 Growing up in the desert of Palm Springs California, what was available to hear the latest in music was one radio station. When this song came out in 1973, I was about 12 years old . I remember hearing this it on the radio and thinking - “what the heck is this?? Give me more!” And then to see them on Soul Train, American Bandstand, The Midnight Special, Don Kirshner's Rock Concert was great to see them moving and grooving, especially since my parents didn’t have a problem with me staying up late to watch the last two shows.

Because we all have a soundtrack to moments in our lives, buying the 45 record was so memorable for me. . .

My dad's day off was always on Tuesdays and he loved going to the swap meet.   So every Tuesday evening, once it's got cooler, our family would head out to see what was for sale, which were a mix of old and new items. Of course, my favorite vendor was the man who sold the 45s. I always had a mental list of records that I wanted to buy and hopefully a couple of dollars to buy them with.  

“Jungle Boogie,” was so new that I had to get that record. When I saw that the swap meet man had it, I was so excited! Not only did I buy that 45, to which I still have to this day, but our family fell in love with a little lab shepherd mix near by for sale for $2. Whenever I hear “Jungle Boogie,” I always think of our dog; “Pepper.”

But getting back to the tune . . . outside of the funky rip, rolling horn arrangements, this song is basically to me, just a few notes played with percussive, walking rhythms, with the vocals within a range of a few notes, grunts and Tarzan like yell.

Why is “Jungle Boogie” so good? The lyrics are repetitive, the song basically loops back to the beginning.

I think what makes it so incredible is the tight syncopation of every instrument. There’s something about the guitar playing the same note throughout, with the keys and bass providing the funk and venturing off a bit allowing the horns and vocals to be at the forefront. If you’re not moving to this song, you’re dead.

The album it was released on; "Wild And Peaceful" had other great hits; "Hollywood Swinging" and "Funky Stuff." These guys were all about the party.

I am very fortunate to have seen Kool & The Gang perform five years ago here in Washington State. It was an incredible show and one I will never forget. I am also very grateful to have been alive during a time where funk and soul was so young and new.